The content below demonstrates my ability to use effective writing/editing skills and content marketing strategy while also following voice and style guidelines that differ among publications. The content also exhibits my knowledge of SEO practices including meta descriptions, key-wording, and metrics, as well as my expertise working within different CMS platforms.

Swirl, Sniff and Taste Your Way Through the Winners of the 2019 San Francisco Chronicle Wine Competition – (February 2019)

Grand Vie: Luxury in Living is North Texas’ premier luxury home magazine sent to around 65,000 clients who have purchased homes in the North Texas region, with a special focus on the Park Cities and Preston Hollow neighborhoods. In addition to coordinating the entire magazine and acting as deputy editor, I created editorial pieces for the issues.

While at Ebby Halliday, REALTORS®, it was the 12th-largest privately-owned residential real estate company in the United States, and the largest in Texas. Now, Ebby is a Berkshire Hathaway affiliate. 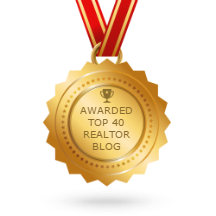 Below are articles I wrote for the Ebby Blog. I also coordinated with the in-house videographer to produce video content to supplement some of these pieces.

Dave Perry-Miller is a division of Ebby Halliday Real Estate, Inc. and has a large presence in the affluent Park Cities and Preston Hollow areas.

Hearst StoryStudio is an advertising platform that delivers native content online across all of Hearst broadcast and newspaper divisions for clients. I wrote the following stories while working as a freelance writer for StoryStudio.

I wrote the pieces below for two restaurant clients during my time as an Account Executive at Social Revolt Agency.

D Weddings has a circulation of approximately 22,000. Dweddings.com has a total monthly page view average of 64,000.

D Home has a readership of 155,360 and has been the No. 1 newsstand seller for affluent shelter magazines in Dallas-Fort Worth, outselling Architectural Digest, Elle Decor, Veranda, and Luxe.

In addition to writing weekly engagement announcements, I also contributed to D’s online fashion publication D StyleSheet and represented the company at various fashion events to interview high-profile fashion designers such as Stella McCartney and the founders of Marchesa.

Below are a few of the many blurbs I wrote for the Bridal Guide featured in each edition of D Weddings.

The following are links to articles I wrote for the Dallas Morning News entertainment and dining site known as GuideLive. My articles were for the craft beer category.

The following are links to articles I wrote during my summer 2015 internship at the Orange County Register in Orange County, California. It is read by 577,663 people daily and 835,966 people on Sundays, placing it among the top 20 newspapers in the country. I wrote features, breaking news and general assignments for the daily paper as well as lifestyle pieces for OC Home Magazine.

7 things you should know about scoliosis – This piece was published on the front page of the Health and Sciences section.

A special night for some brave teens: CHOC’s oncology prom – The Today Show website shared a link to this article I wrote about the Oncology prom at the Children’s Hospital of Orange County.

Contributed to:
Broadcom to be sold to Avago in biggest tech deal ever
Irvine on alert amid coyote attacks on children
Safe? Sane? Fourth of July fireworks boom back as 10 O.C. cities say yes to pyrotechnics displays